Sales Engineers: Present YOUR Way & Make your own Slides

on December 14, 2011
10 Excellent slideshows showing how you should present to an audience. 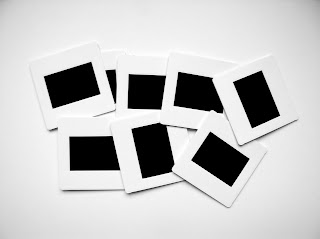 
Think you can do better than your corporate marketing slides? 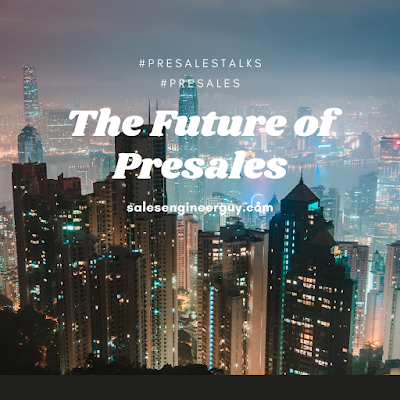 PreSales Talk: The Future of Presales

A few topics today on what we see in the future of presales. What is changing & how do we think it will evolve?  What has changed most in presales? • No longer about just being called in as the best technical person. It is about being a business savvy person who can show and match solutions to the customer problems • Multiple roles in presales - value, demo, architecture, business and other focuses. How do people see the industry evolving • Generalists? • Specialists? • 1 product line or multiple? • Industry focus or other? • This can depend on the company! • Acquisitions bring in new people who may have been generalists, as specialists in the new entity. • Special Roles - like RFP, Selling Services • What kind of evolution/career development do people want? Shows Options in presales roles! Specialism within different areas • Cyber Security for example is too varied for people to know everything • Specialists may be necessary and easier for onboarding. Wil 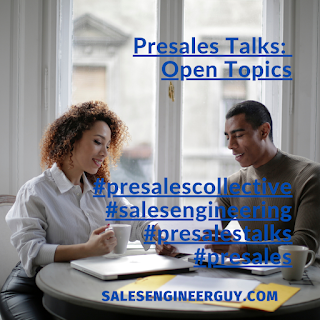 How are good handoffs done?  Should presales stay with the customer for the full lifecycle or hand to a purpose built team?   Second half-  focus on Notetaking. These and many similar points were discussed on the Presales Talks call with Samuel West taking notes.